With the ongoing terrible news coming out of Ukraine, in particular the plight of millions of displaced and traumatised Ukrainian people, it’s crucial to continue to provide support and keep Ukraine in people’s thoughts. It’s for these reasons that Kendal Mountain Festival is releasing a collection of on-line films to raise funds and visibility.
It’s crucial not only to continue this support, but to keep Ukraine in people’s thoughts, and it’s for these reasons that Kendal Mountain Festival is releasing a collection of films to raise funds and visibility.
The films all centre on the mountains in Ukraine, with subjects spanning biking, hiking, climbing, environment and even luge. All recent, and mainly short in length, the films are of amazing quality and unlikely to have been seen by most viewers. Until recently Ukraine remained largely unknown to international audiences, but its vast territory features some of the most beautiful and impressive landscapes in the world and these films showcase those surroundings as a backdrop to human stories.
Don’t forget that many of the people featured in the films will have been affected by the war in Ukraine; some will now be bearing arms in defence of their nation, some will have fled their homeland. Please keep this in mind and help Kendal Mountain Festival to channel support to the Ukrainian people.
The collection will be available for a limited period on the Kendal Mountain Player, from 27 May to the end of June. To access, please donate via Just Giving https://www.justgiving.com/fundraising/kendalmountainukrainefundraiser
100% of money donated will go to British-Ukrainian Aid which supports people suffering from the war and humanitarian crisis, by aligning UK and Ukrainian efforts.
The films:
Solo Hiking Ukraine In Winter (6 mins)
Andrii Lutsyk hikes the Carpathian Mountains, the highest mountain range in Ukraine, spending four days and nights alone and appreciating the solo experience in these majestic landscapes.
Gaëlle On Tour: The Carpathian Traverse (11 mins)
Gaëlle Bojko traverses the Carpathian Mountains as part of a 25,000km bicycle odyssey, traversing rough dirt roads, every kind of weather, and dodging hungry brown bears. Gaelle, whose grandad is Ukrainian, gives a special introduction to the film.
Kremenets. The Only Wooden Luge Track (6 mins)
Ukrainian luge athletes are internationally renowned. However, once the snow has gone, where do they train? The old wooden track at Kremenets is the only place in the country, which athletes fondly refer to as the cradle of luge sports.
Kaniv Nature Reserve, Guards of Nature (15 mins)
One of the oldest nature reserves in Ukraine – 100 years in 2023 – this reserve is home to dozens of rare species of birds and animals. Scientists Vitalii Hryshchenko and Yevheniia Yablonovska-Hryshchenko study the local flora and fauna and the influence of the Kaniv Reservoir on the ecosystem.
5 Seconds Man (20 mins)
Danyl Boldyrev is a former world record holder in speed climbing, and a national hero. In this film Boldyrev, from Donetsk, faces the fact that he has to change his skills and climbing techniques in order to participate in the 2020 Olympics.
Black Soil (11 mins excerpt)
From mountain bike filmmakers Ukraine Gravity, an ode to the MTB opportunities and landscapes within Ukraine. 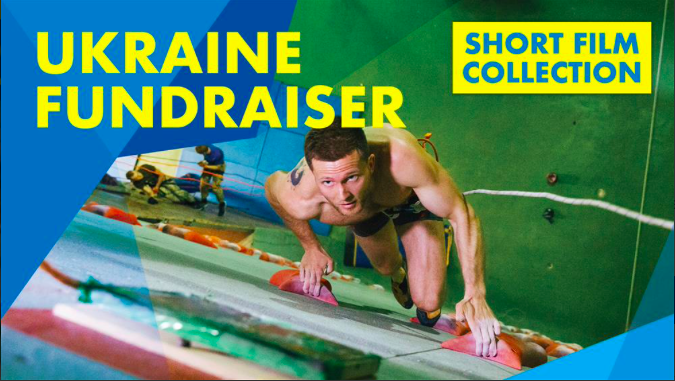