On Saturday 19th of June we celebrated unity across Cumbria!

When the pandemic hit, the festivals were cancelled to keep people safe. But the team were still able to offer an online version of the Kendal Unity Festival that saw an engagement of over 2,500 people.

You can watch the film on the history of the Unity Festival at https://www.youtube.com/watch?v=smqyIx0ETK0.

This year they decided to use the technology as a means to unite us even more and we expanded the reach to the whole of Cumbria.

Showcasing the work that the communities of Barrow, Carlisle and Kendal do to foster unity in the community. They showed films in the morning where each community was able to present themselves and the organisations that work towards making the place where they live, a place of unity. Live discussions and pre-recorded music was shared alongside a wide variety of workshops, consisting of live, pre-recorded or interactive events; such as art and music tutorials, guided history trail, talks on equality and diversity, yoga and meditation sessions, poetry workshops, dance carousel, panel discussions and much more. The sessions were hosted by artists in Carlisle and Kendal, organisations in Barrow, Carlisle and Kendal and by the University of Cumbria.

People from all over Cumbria, and beyond, attended the event and took part in the many activities offered. The morning programme of films has been viewed by 530 people so far, and the social engagement on Facebook has reached over 6,000 people.

And these numbers are increasing by the day.

In fact, one of the advantages of running the festival online is that the resources are available not just on the day but throughout the year.

You can find these resources, plus updates and news on future projects, on the Cumbria Unity website or on the Facebook page.

Find inspiration around the theme of Unity and come celebrate with us again next year on the 18th of June 2022! 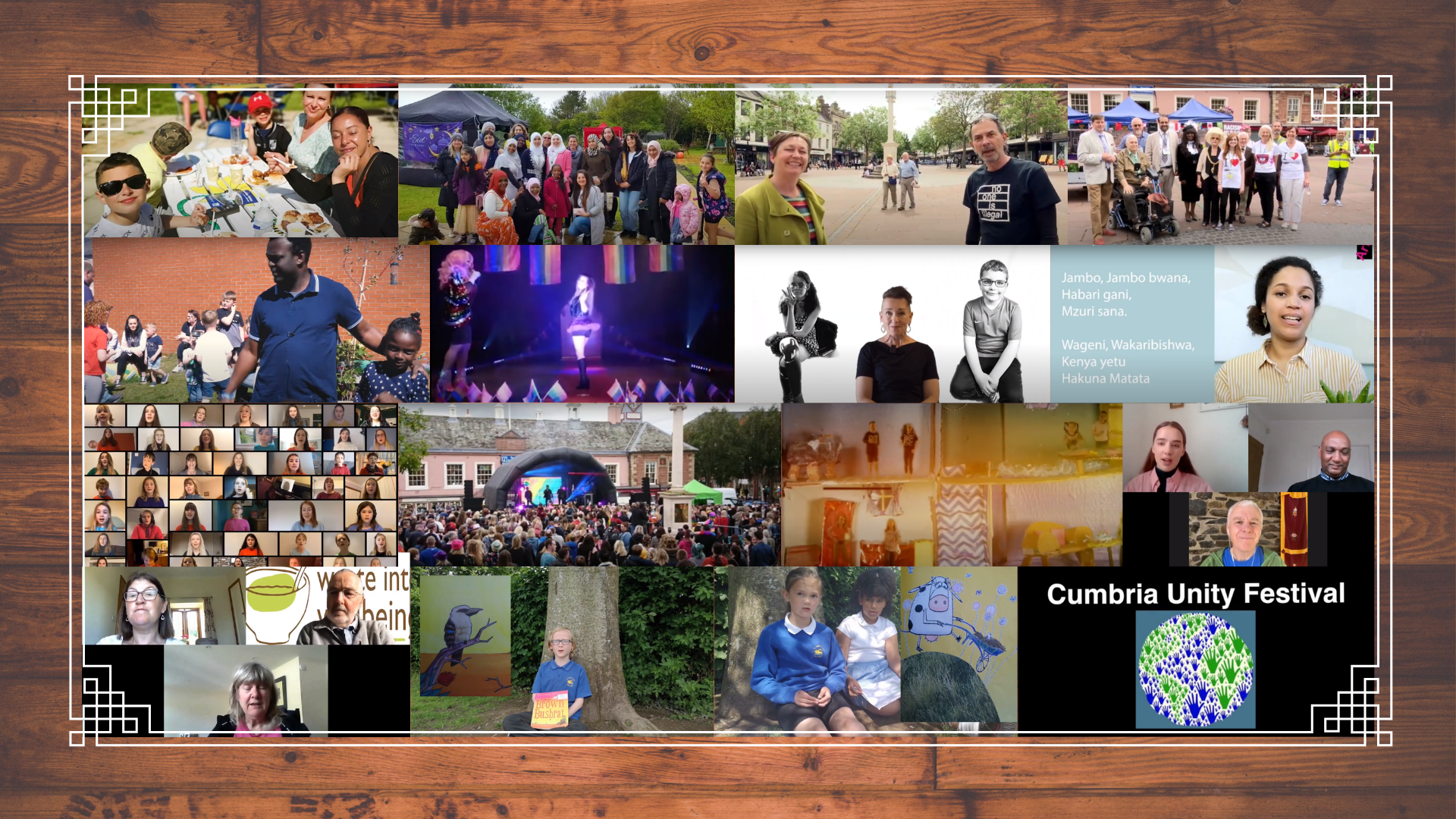