The festival events programme is now online and tickets for this year’s Lakes International Comic Art Festival are now on sale. More guests have been announced, joining an already star-studded line-up for the in-person weekend long celebration of comics in Kendal, Cumbria, running 15th – 17th October 2021.

The full festival events programme can be seen here

Also on the guest list is illustrator, public artist and lecturer Oliver East, who will be launching his new comic, You Can’t Draw the Same Tree Twice, a commission by LICAF, The Finnish Institute and Helsinki Comic Festival. Oliver will also be presenting Blocks, a collection of architecture comics made during the nationally mandated daily exercise throughout lockdown, and Ill Architecture, a collection of independent public art.

Also joining the Festival from Beijing will be leading Chinese comic creator Wang Ning, for the worldwide launch of his anthology My Only Child, a co-commission by LICAF and Fanfare UK – the first global publication of a beautiful yet harrowing set of real-life stories exposing the human impact of the world’s most extreme programme of population control.

The Festival offers a diverse, international line-up of guests, complementing its international and research projects work as part of the Comic Art Europe project, among others. 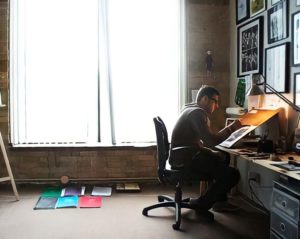