The comic art spectacular is returning to our town!

A world of comic art will be arriving in Kendal for the Lakes International Comic Art Festival, 12–14th October, 2018. This year the festival is even bigger and better than ever, with over 70 of the best comic artists, writers and creators joining us for a packed comic art weekend spectacular.

Whether you’re a comic art addict, new to the world of comics or just love exceptional art and storytelling – the weekend has something for everyone, with kick-ass super heroes, future worlds, fantastical creatures, zombies, crime fighters, politics, satire, documentary, comedy, manga and much more. The world of comic art is a diverse and spectacular place, bursting with creations that transport us to other dimensions.

The family-friendly festival takes over our town for a weekend of wonderful events, activities and workshops for all ages. So, whether you’re a comic art addict, new to the world of comics or just love exceptional art and storytelling – head to Kendal this October.

The legendary Comics Clock Tower, open on the Saturday and Sunday, is full of independent creators, publishers and retailers, representing a wide range of comics from around the world. And new for 2018, the festival is excited to introduce a new zone, the CCT Xtra, with even more creators including the Scottish Comics Bothy. With an Out of Hours line-up, the festival continues into the evenings with fun-filled antics for pass holders.

Book your tickets at www.comicartfestival.com

The festival is held at venues throughout the Brewery Arts Centre and across our town. Please check online for location details and guidance regarding the accessibility of our venues. 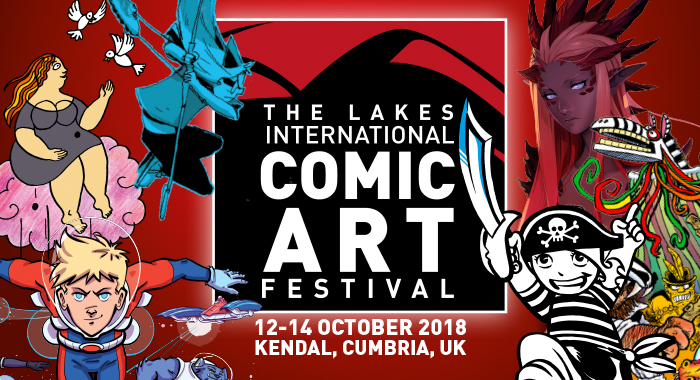