The importance of our wool trade is echoed in Kendal’s motto – ‘Pannus mihi panis’ means ‘Cloth is my bread’. And cloth making really was the town’s bread and butter for over 600 years.

It was the wool trade which breathed life into Kendal’s historic yards, and drew many people to live and work in the town. If you look at our coat-of-arms, you can see the signs of the story – the illustration features teasels (which were used for raising the fabric’s nap) and bale hooks (which were used for handling bales of wool and cloth).

Even Shakespeare wrote of Kendal’s famous cloth industry – in ‘Henry IV’, Falstaff, oblivious to the jest in which he is central, boasts to prince Hal of his defeat of ‘three misbegotten / Knaves in Kendal green’ – referring to a well-known coloured cloth that was made in Kendal. This colour can still be seen today in the uniforms of one of our local schools. It’s even thought that Robin Hood and his merry men would have worn Kendals green cloth! 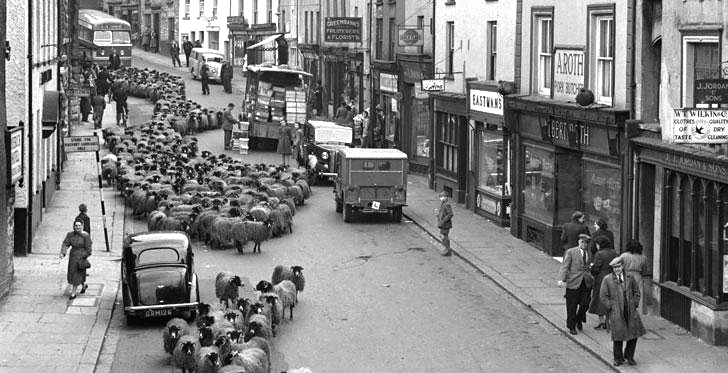 The Museum of Lakeland Life & Industry has nearly 5,000 glass plate negatives by Joseph Hardman, taken between the 1930s and 1960s.