See Ruskin masterpieces in Cumbria: his home and inspiration!

Kendal’s Abbot Hall Art Gallery will stage one of its biggest ever exhibitions this summer: Ruskin, Turner & the Storm Cloud.

The exhibition opens on 12th July and runs until 5th October 2019. It will include more than 100 works and will stretch across five galleries.

It takes place during the 200th anniversary year of John Ruskin’s birth (8 February 1819).

Helen Watson, Lakeland Arts’ Director of Programmes, said: “Ruskin, Turner & the Storm Cloud will be one of our biggest ever shows. If you have an interest in Ruskin and Turner this is a must-see exhibition.

“This year is hugely significant in celebrating Ruskin and we are delighted to have this landmark exhibition at Abbot Hall during the 200th anniversary of his birth. It’s particularly apt that the exhibition takes place in Cumbria – the home of Ruskin and the place he found most inspiration.”

John Ruskin (1819-1900) was the leading English art historian of the Victorian era, as well as an art patron, draughtsman, watercolourist, prominent social thinker and philanthropist. Born in London, he moved to Cumbria and its dramatic landscape became one of his biggest inspirations.

JMW Turner (1775-1881) was a landscape painter, traveller, poet and teacher. Many people consider him the first modern painter. Ruskin said of Turner he was ‘the greatest of the age’.

Ruskin, Turner & the Storm Cloud examines Ruskin’s relationship with Turner’s work and the impact Ruskin had in highlighting climate change.

The wonderful Abbot Hall gallery here in Kendal  is partnering with York Art Gallery and University of York on this exhibition. Works from both Abbot Hall and York Art Gallery will go on show alongside substantial loans from national and regional collections.

The show will feature watercolours, drawings and portrait of Ruskin from the National Portrait Gallery, made in the aftermath of his first serious mental illness.

In 1884 Ruskin wrote about an encroaching “Storm Cloud” – a darkening of the skies that he attributed to the belching chimneys of the modern world. The imagery also allowed him to articulate his ongoing mental struggles.

Ruskin’s anxiety about darkening skies and polluted storm clouds is contrasted with his early interest in Turner’s luminous pictures.

The exhibition contains a substantial display of Turner’s watercolours, demonstrating his evolving style, and his creation of highly-finished sample studies of British and alpine landscapes.

Abbot Hall’s The Passage of Mount St Gothard (1804) by Turner will be a key painting on show.

York Art Gallery and Abbot Hall have commissioned contemporary Royal Academician Emma Stibbon to create new work inspired by Ruskin’s and Turner’s visits to the Alps. These works explore our changing landscape as a result of climate change observed by Ruskin in his ‘Storm Cloud’ lectures and now a prominent global issue.

Stibbon’s work shows how our natural environment has been impacted by climate change over the the last two centuries. This will include a series of large works on paper.

Cultural organisations in Cumbria including Ruskin Museum and Brantwood in Coniston will also be marking the anniversary of Ruskin’s birth with a series of exhibitions and events in 2019, making the county the place to visit for everything Ruskin related.

The Ruskin Museum holds the most comprehensive display in the Lake District about the life and work of John Ruskin. Brantwood is Ruskin’s former home where he spent the last 28 years of his life.

Ruskin, Turner & the Storm Cloud will also be shown at York Art Gallery from March 29 to June 23 2019: https://www.yorkartgallery.org.uk/exhibition/ruskin-turner-and-the-storm-cloud-watercolours-and-drawings/

The exhibition has an accompanying publication, bringing together a collection of new essays by artists, climate change specialists, art historians and curators. 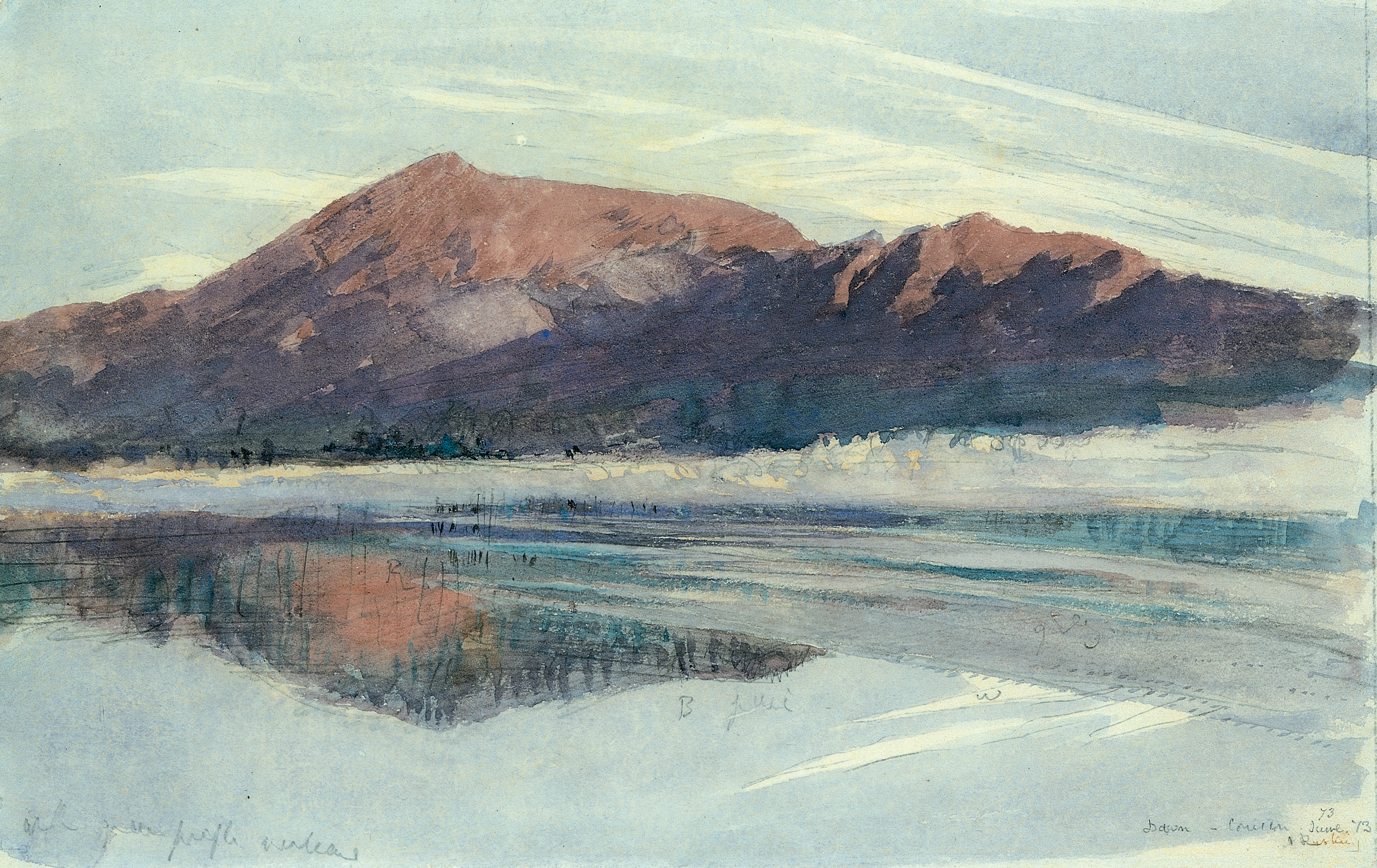