Lisa Smith crafs cakes for everyone at Ginger Bakers, Kendal

Businesses in Kendal are taking part in #yourewelcomekendal, a campaign to promote all the fantastic cafes, restaurants, pubs, bars, producers, and food retailers in the town.

As part of the campaign, we’ve been catching up with the people behind the businesses to find out why they do what they do.

Lisa Smith is the owner and founder of Ginger Bakers, Plumgarths, Kendal, which she started in her home kitchen in 2006, baking cakes to sell at local farmers’ markets. Things have moved on a fair bit since then and some 16 years later Lisa can be found crafting her inspiring array of award-winning cakes and bakes at a purpose-built bakery just outside the town.

What many people don’t realise is that every single cake Lisa and her team make has a unique story attached to it, whether that’s about where the ingredients come from, links to an historic recipe or direct links to the surrounding community or to the local charities the team supports. 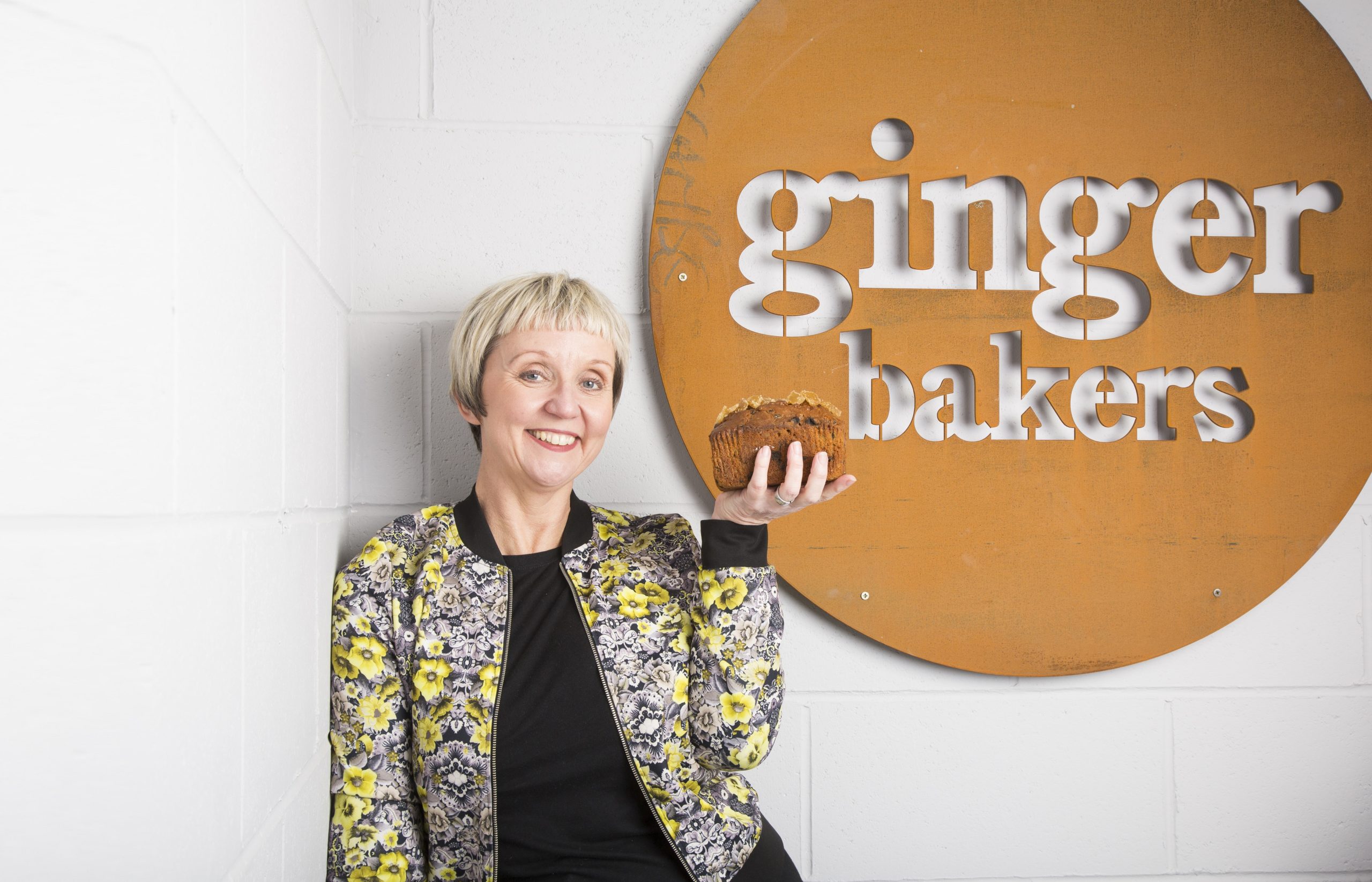 ‘’It’s not always been an easy journey though for me and the team, but despite a fair few setbacks from storms and pandemics we’ve come out of the other side and have continued to grow.” says Lisa.

“Things really began to take off in 2010 when I’d got to the point that I couldn’t operate at home anymore, so I decided to take a big leap and move the business into a unit at Dockray Hall. Here production took off even more, which meant I had to go on a bit of a recruitment drive.

“Sadly, December 2015 saw the arrival of Storm Desmond in Kendal, and the business and my home were completely flooded. We lost all the machinery, equipment, stock, and packaging. However, with lots of determination and help from friends and family we managed to get up and running again almost immediately at Plumgarths. By January 2017 we’d moved into a purpose-built unit on the site, equipping the new space with state-of-the-art equipment, ovens, fridges, and things have been consistently busy since.

“Then along came Covid in early 2020 and once more we had to figure out how to operate in difficult circumstances, especially as several team members were in high-risk categories. Overnight the hospitality side of the business pretty much disappeared, so I decided to spend my time concentrating on parts of the business that had just ticked over previously. I spent a fair bit of time working out how to grow both the retail and online side of the business by looking at possible collaborations and the opportunities that they might present. Thankfully, several of those ideas worked which meant that I was able to grow both of those parts of the business. Since then, both the retail and online elements of the business have continued to grow, and as a result we’ve recruited additional bakers to cope with demand.

“Most of the collaborations we’ve embarked on have been with local food businesses like Lakes Brew Co, Rinaldo’s Coffee, Lovingly Artisan Bakery, Hawkshead Relish, Shed 1 Distillery and alongside that we’ve also built up a strong collaborative relationship with local mental health charity Growing Well. We buy their organic produce for use in some of our cakes and bakes and we run a work placement scheme to help people who use the charity’s services to gradually build towards their return to work.

“You might have guessed that I have a slightly different approach to business to most. You see, it’s important for me as a local business owner to do my best to try and keep our local communities viable, especially because our county is hugely rural. I try to do this by providing career opportunities within the business but also by supporting the local supply chain and ancillary businesses as well. It’s important for me to be able to support the local community in Kendal as much as I can, especially as it’s where I live and work and where my business is based.’’