Dame Barbara Hepworth’s Moon Form has been acquired for the nation through the Acceptance in Lieu Scheme, which is administered by the Arts Council and allocated to Lakeland Arts.

The piece has been on a long-term loan to Abbot Hall in Kendal since it was the centrepiece of the 2014 exhibition Barbara Hepworth: Within the Landscape.

Hepworth (1903-1975) was an internationally renowned artist of the 20th century and pioneer as a woman and mother for breaking down gender stereotypes in a largely male-dominated art sector.

She sculpted Moon Form in 1968 from a single piece of white marble with incised geometric lines and finished with her iconic ‘pierced form’. The carving of the piece displays a close connection to the landscapes of Cornwall, where it was created.

The news of the acquisition comes at a time that Lakeland Arts plans to re-open Abbot Hall in the summer of 2022 having closed the Art Gallery for redevelopment in early 2020.

“Hepworth is a major international art figure who pushed the boundaries. Moon Form will have its home at Abbot Hall. Not only can visitors from across Cumbria enjoy this world-class work up close but it is also a treasure for the whole nation.”

Lakeland Arts has several of Hepworth’s works in its collection including: Torso III (Galatea); nine lithographs from Aegean Suite, and Oval Form, a piece purchased by Abbot Hall directly from Hepworth in 1963.

Despite challenges the museum sector has faced during the pandemic, the Arts Council can reveal that over the past year objects – paintings, archives, and items of cultural importance – worth £54 million were accepted for the nation and allocated to museums across the UK.

This eclectic range of objects encompassing paintings, sculptures, archives and even a steam locomotive have been allocated to public collections across the United Kingdom, where they will be available for generations to come.

Arts Minister Lord Parkinson of Whitley Bay said: “The Acceptance in Lieu and Cultural Gifts Schemes exist to save important cultural objects for the nation, giving everyone an opportunity to see them on display. “It’s wonderful that so many fascinating works have been acquired through the scheme and I’m delighted that the vast majority have gone to institutions outside of London, benefiting museums, galleries and people across the country.”

Sir Nicholas Serota, Chair, Arts Council England, said: “This report marks 10 years of the Arts Council’s administration of these schemes, which both play a vital role in ensuring that communities across the nation can enjoy cultural treasures close to where they live.

“During these years, a diverse array of unusual and exceptional items has entered public collections throughout the U.K, offering lasting inspiration to all for years to come. I am, as ever, grateful to the Acceptance in Lieu Panel, and its Chair, Edward Harley, who – despite challenges faced due to the pandemic – have worked hard to ensure that galleries and museums across the country benefit from these two important schemes.”

Edward Harley, Chair, Acceptance in Lieu, said: “I am grateful to all those who have contributed to ensuring that culturally significant objects continue to enter public collections despite the pandemic.

“As the report reflects, an exciting and diverse range of objects has been saved for all to enjoy; we are particularly excited that this year, the schemes have delivered their first-ever joint allocations and that items allocated outside London account for 81% of the total tax settled. These acquisitions will be a continued cause for celebration and community engagement and will benefit all regions of the U.K. for years to come.” 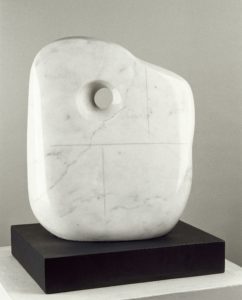