The 2019 Kendal Mountain Festival was bigger than ever, with 23,950 tickets sold and approximately 18,000 visitors attending the UK’s largest social gathering of the outdoor community.

Kendal Mountain Festival Chief Executive, Jacqui Scott said: “The theme of this year’s Kendal Mountain Festival was Openness and it was incredible to see this embraced by so many involved with and in attendance at the Festival. What began in 1980 as a celebration of physical endeavour in the mountains, has grown to encompass the full breadth of human experience inspired by this environment. This year, more than ever before we saw a much broader cross-section of the public engage in our diverse programme of events and we look forward to continuing to inspire more people to enjoy, respect and represent mountains, wilderness, and their cultures as we celebrate our 40th anniversary next year.”

The Festival hosted a total of 206 events over 4 days with a further 61 free talks. 71 outdoor brands, organisations and charities including presenting sponsor Columbia contributed to a lively Basecamp hub for the Festival.

Taking on the challenge of the Adidas Terrex 10K Trail race, were 767 runners; the largest number of participants in the event’s history. Stunning views over the Lyth Valley were the reward after a steep starting ascent out of the town centre.

A carefully curated programme of the latest outdoor films was screened across repeated sessions throughout the weekend, giving audiences plenty of opportunities to view the Festival’s selection of 106 films, entered into Kendal’s coveted International Film Competition. Over 50 UK and international filmmakers attended the Festival, generating a real sense of anticipation ahead of Saturday night’s Film Awards Ceremony.

Among the winners across 12 award categories, was filmmaker Holly Butcher, who received the People’s Choice Award for her short film, The Home for Broken Toys, telling the story of a group of middle-aged men who plunge into the freezing waters of a pond in central London.

Filmmaker Holly Butcher said: “Thank you so much for the People’s Choice Award. I’m staggered to have won, having seen so many of the incredible films at the festival. I’m very grateful for the openness of the people in my film, whose generosity in showing their vulnerability has made the film what it is, and can allow for further conversations about gender, friendship, and wellbeing – so I’d like to pass an extended thanks to them. And thank you to everyone who identified with something in the film, and voted.”

As much a celebration of the local community as of the global outdoor community, Kendal Mountain Festival has cemented the town’s reputation internationally as welcoming, friendly and ambitious.

Kendal Business Improvement District manager, Sarah Williams said: “What a weekend that was! Another great Kendal Mountain Festival this year with what seemed like even more visitors than normal. Kendal Mountain Festival works really hard all year round to put Kendal on the map and bring new people into town. Great to see so many of the pubs and restaurants so busy in the evenings and lots of people on the streets enjoying themselves in Kendal. A huge Thank You to the core team and to the scores of volunteers who made Kendal Mountain Festival 2019 such a success.”

In a bid to encourage new voices and perspectives on the outdoor world, Kendal Mountain Literature Festival launched Open Mountain, an open call inviting submissions from people under-represented in mountain and outdoor literature, including low-income and working-class writers, writers from ethnic, cultural and religious minorities, LGBTQ+ writers and disabled writers to showcase new work at the Festival. Five writers were introduced to audiences at the Open Mountain: Inclusion and Connection event on Saturday afternoon.

Keen to inspire young minds, Kendal Mountain Festival invited a record number of 1690 school children to this year’s festival alongside hosting Free Family Adventure Films and Special Film Screening for Parents and Babies. All these sessions once again proved incredibly popular, igniting a sense of adventure in kids of all ages.

A teacher present at the school session describes: “It was outstanding, inspirational, informative and captivating – also very moving at times. I am sure the young people present will grow with many images in their minds and go on to contribute to a more thoughtful society.”

For the latest information and tickets for Kendal Mountain Tour visit www.kendalmountainfestival.com/ 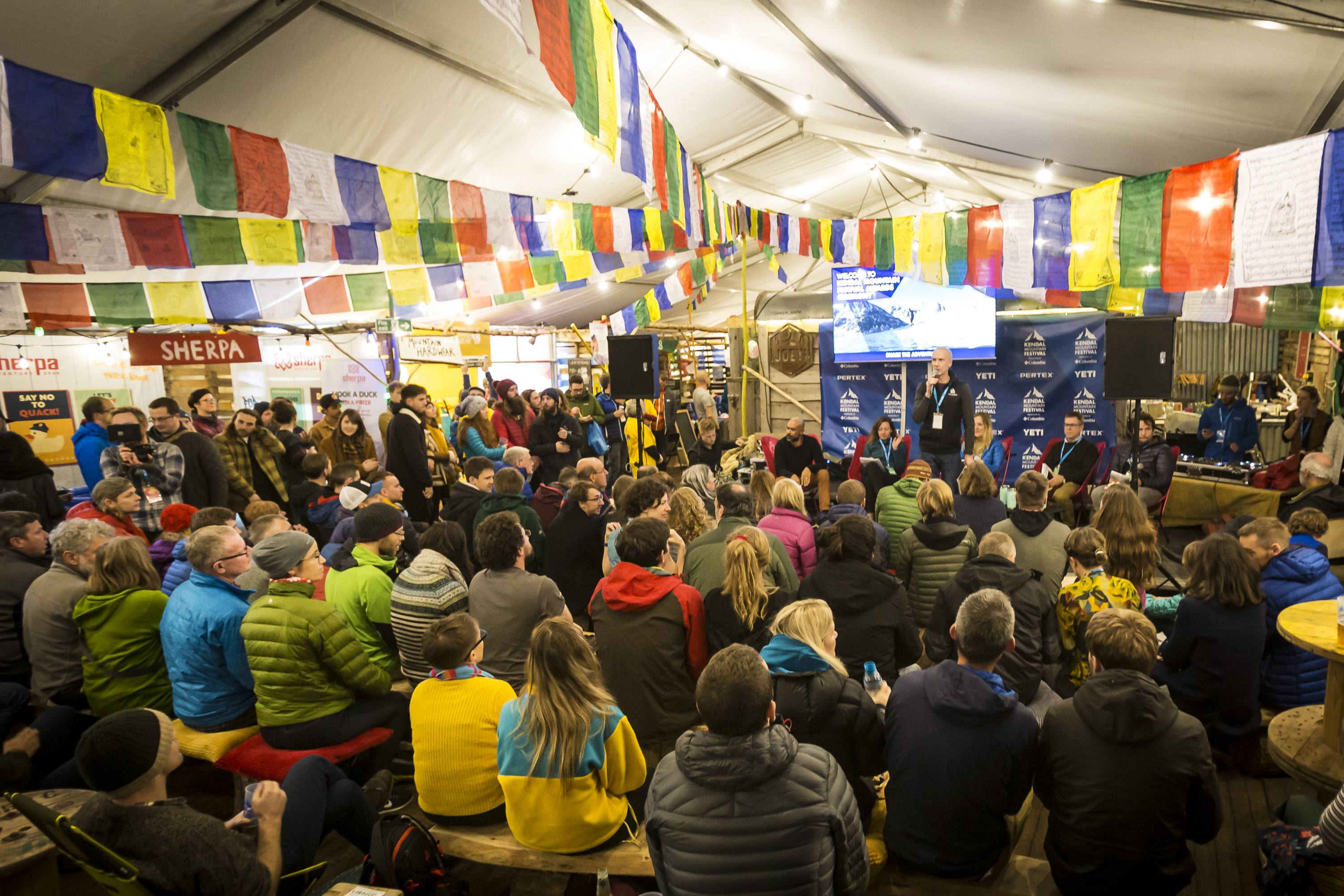 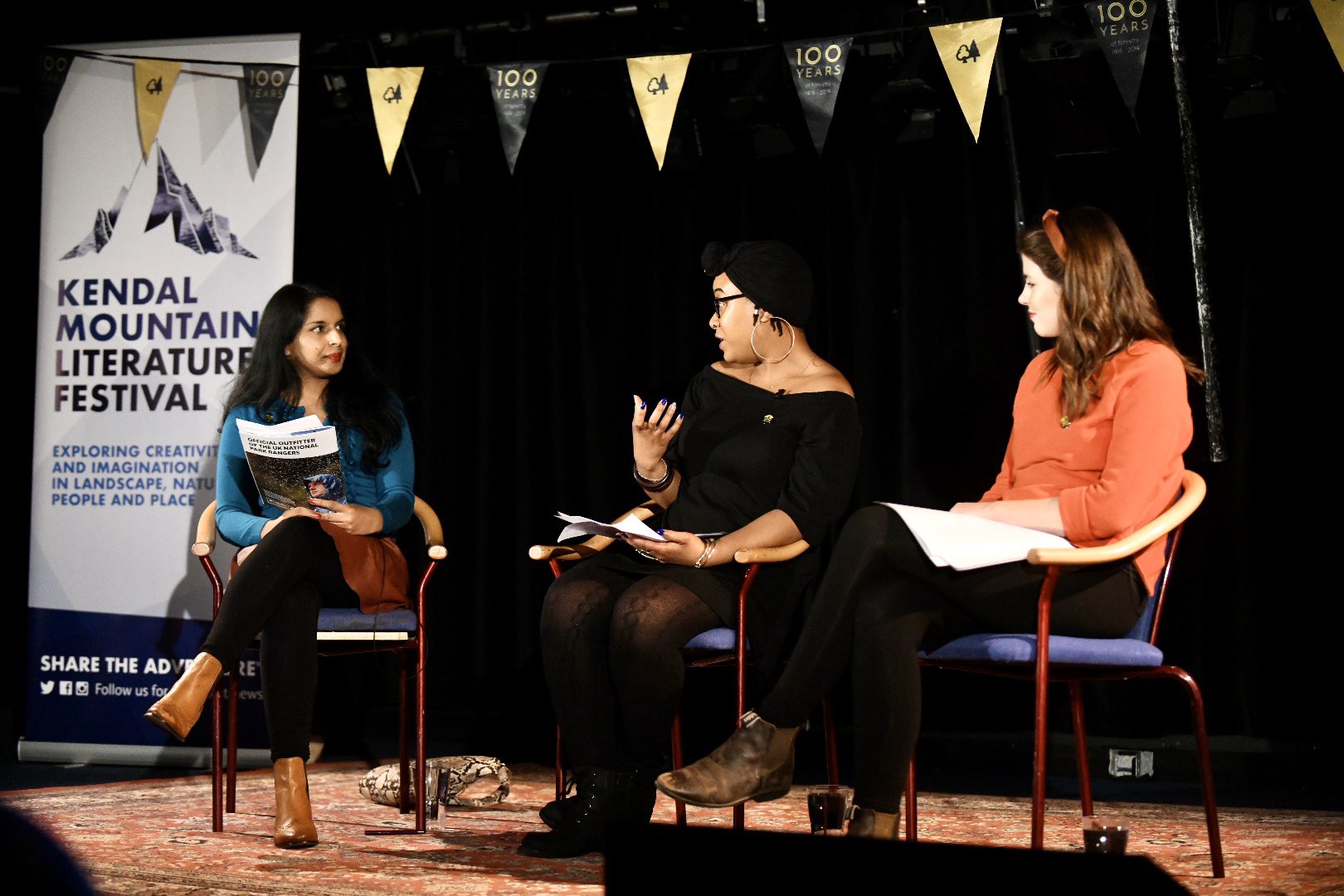