KENDAL Mountain Festival has announced their final lineup of speakers for the event.

Friday headliner Nirmal “Nims” Purja makes his debut at the Festival to share the European Premiere of ‘14 Peaks: Nothing is Impossible’, a new Netflix film which follows his epic challenge to summit all 14 of the world’s 8,000m peaks in seven months.

Also taking to the stage on Friday will be explorer, campaigner and writer Belinda Kirk in conversation with adventurer Anna Blackwell to talk about all things escapism, resilience and lessons learned from the wild.

Extreme TV adventurer Aldo Kane headlines the Saturday programme with ‘tales from the edge’ including abseiling into an erupting volcano, rowing the Atlantic and getting locked in a bunker for 10 days with zero daylight.

Plus Olympic athlete and one of our most successful British rock climbers, Shauna Coxsey, heads to the stage to share a special preview screening of her new film ‘The Wall: Climbing for Gold’.

Kendal Mountain Festival provides an opportunity for pioneers within the outdoors to elevate important topics and this year sees several panel discussions. Trail running superstar Kilian Jornet will be bringing his new ‘Climate Academy’ to the Festival – a platform aiming to give outdoor athletes the scientific literacy to discuss climate change and environmental issues with confidence.

The Festival’s FREE Basecamp Village will be situated in Abbot Hall Park for 2021 and offers free talks, brand demonstrations and fun for all of the family. 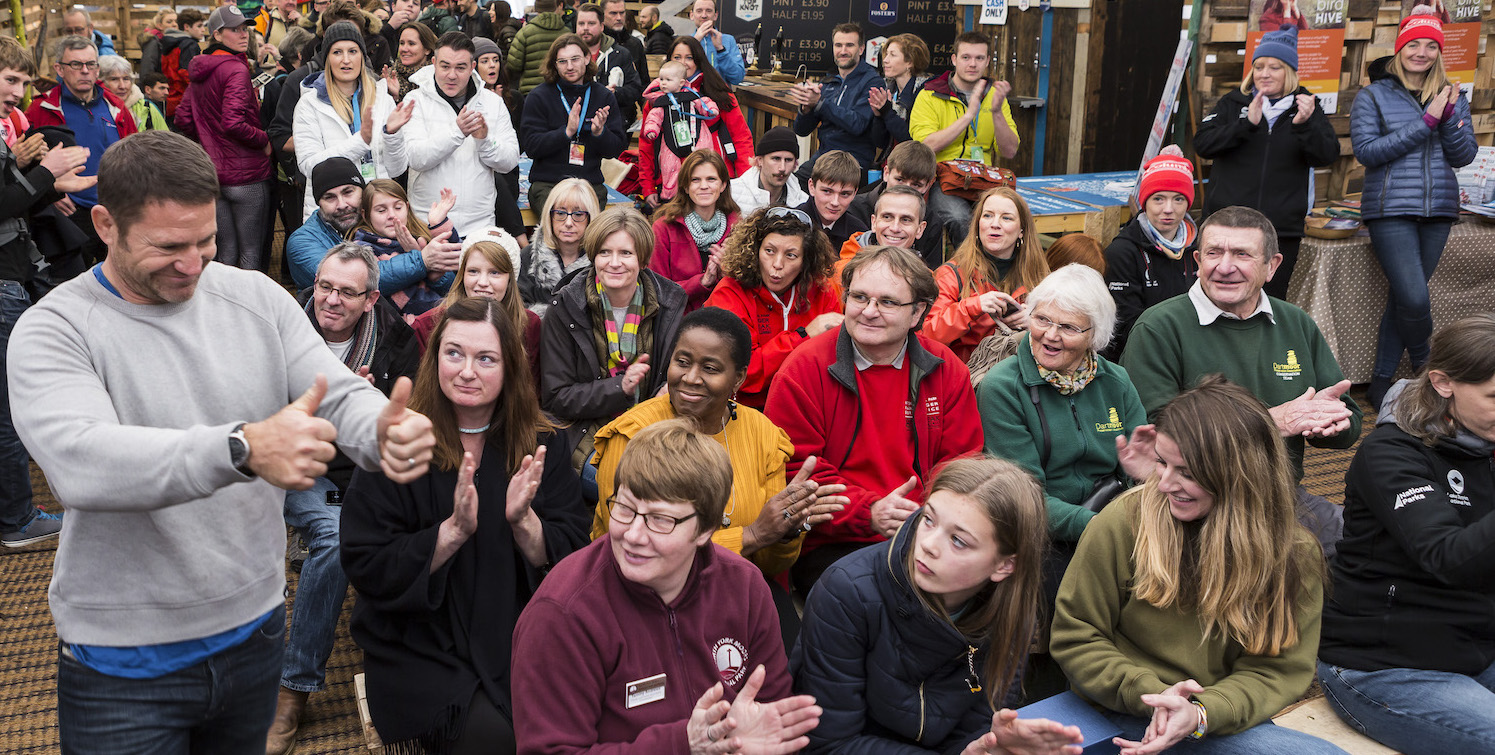