Kendal Mountain Festival are proud to be working alongside the The Nature Chronicles Prize, a brand new nature writing award, a global biennial competition.

Created in memory of Prudence Scott, a lifelong nature diarist who died in 2019, the award aims to find engaging and unique essay length works which share a commitment to truth telling and respond to the time we are in and the world as it is.

Kendal Mountain Festival will be hosting the award-ceremony in November 2022 when one writer will win £10,000! And a further 5 shortlisted writers will receive £1000. Shortlisted entries will be published in an anthology and it is hoped that the result will be a book of surprising works that vary in style but share a commitment to truth and fellow feeling.

In memory of lifelong nature diarist Prudence Mary Milligan, who was born in 1926 to a naval family. She was given a Quaker education and then trained as a nurse.
In 1952 she married and in 1961 moved to the Lake District where she brought up her four children, mostly as a single parent. It was a quiet, contained sort of existence, which immersed her children in nature: hedgehogs, Fell ponies, curlews. She was a great reader and sometimes wrote poetry – but always she kept up with her journals. In them, she observes her children and her surroundings with the same restless, curious, unsentimental eye. She died in London on 1 September 2019, aged 93.
The Prize opens for submissions on 15 June 2021, grab your pens and get scribbling! 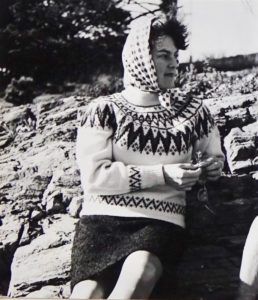