Garden Cafe on a mission to win hearts and minds

As part of the campaign we’ve been catching up with the people behind the businesses to find out why they love what they do.

Nikki Burrow runs The Garden Cafe, at the Quaker Tapestry Museum, in Kendal, alongside husband Bryan and son Rory. The family were inspired to begin running a vegan cafe after their home was flooded during Storm Desmond in 2015.

“After Storm Desmond we began thinking about what we could do to help combat climate change and change a few hearts and minds at the same time,” says Nikki.

“Of course, there is the whole aspect of being kinder to animals, but we are also very aware of the climate emergency and doing what we can. We are very involved and active in that way and making vegan food and encouraging people to go vegan is one way we can help.

“Before we started the business I worked in care for Cumbria County Council for six years in an assisted living facility, so it was a big change and we had to learn a lot.

“We started it from a trailer outside our house on Dockray Hall Road and we just sold food to builders and joiners. We then ran a cafe from the South Lakes Foyer in Stricklandgate House for a while and then opened the cafe in the Quaker Tapestry Museum in 2019.

“It’s very popular with visitors to the museum and non-vegans like it just as much as vegans. More and more people locally are getting to know about us. Vegan food is almost like alchemy. People don’t really understand sometimes how you manage to create something which is so tasty or can be so similar to actual meat or animal products.

“It takes some time to find just the right ingredients and products which mean you can make genuinely tasty vegan food, but we’ve got there now.

“We are known for our burgers and our mock egg sandwiches. We regularly have people coming up and asking to make sure that our food genuinely is vegan. When somebody has to ask, I feel like that’s my job done, because it also means you’re not putting anybody off and everyone can enjoy it.

“What’s great about vegan food is that it always starts a conversation. People want to know how it works and it’s a great way of getting to know people and it keeps things interesting. Every day is a school day for us as well as the customers.

“We spent quite a bit of time furnishing and painting and decorating the cafe and I decided that it would be great to fill all the empty walls by encouraging  local artists to bring their work in commission free. That’s worked really well and we just change it around every few months and it gives us an opportunity to display the work and it keeps things fresh for us as well.” 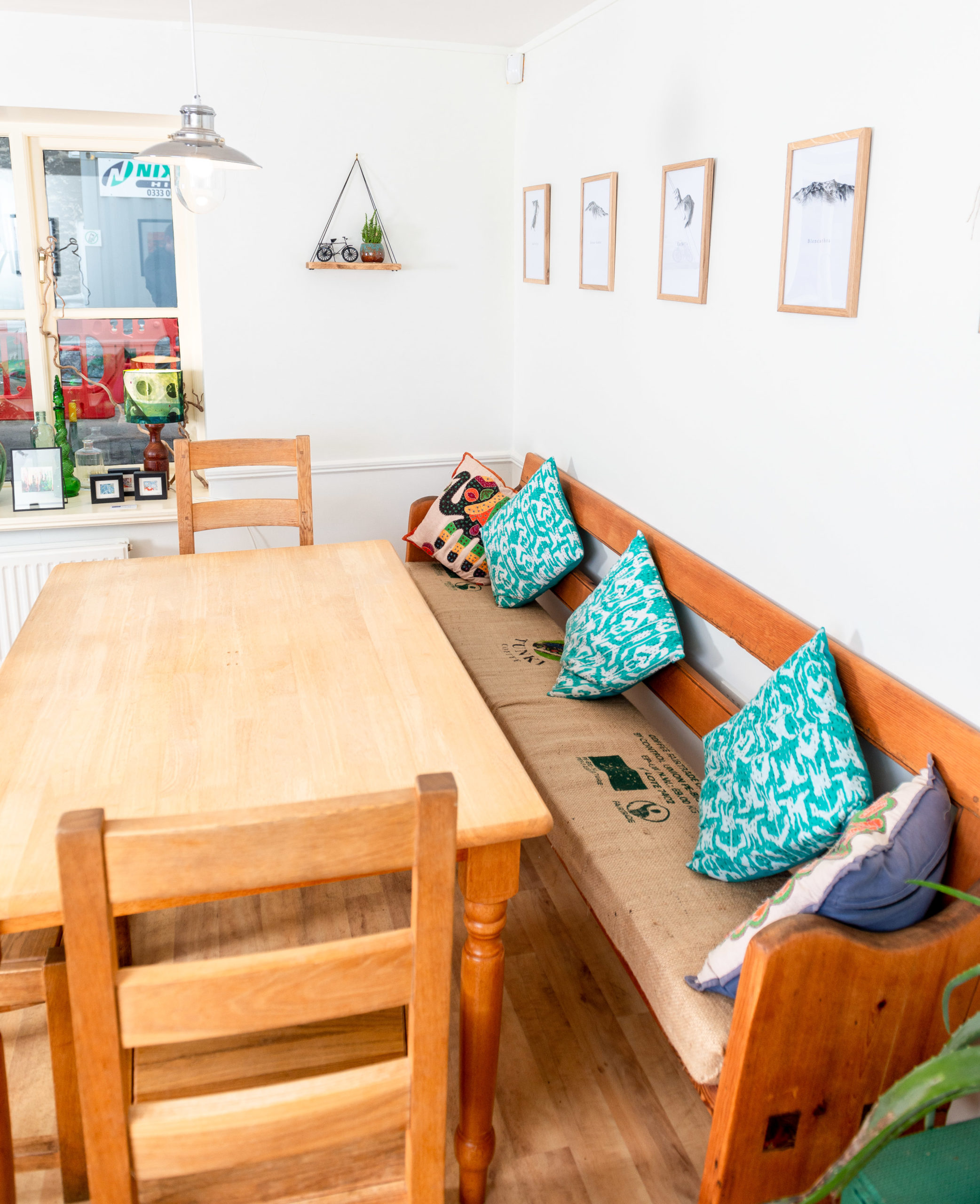 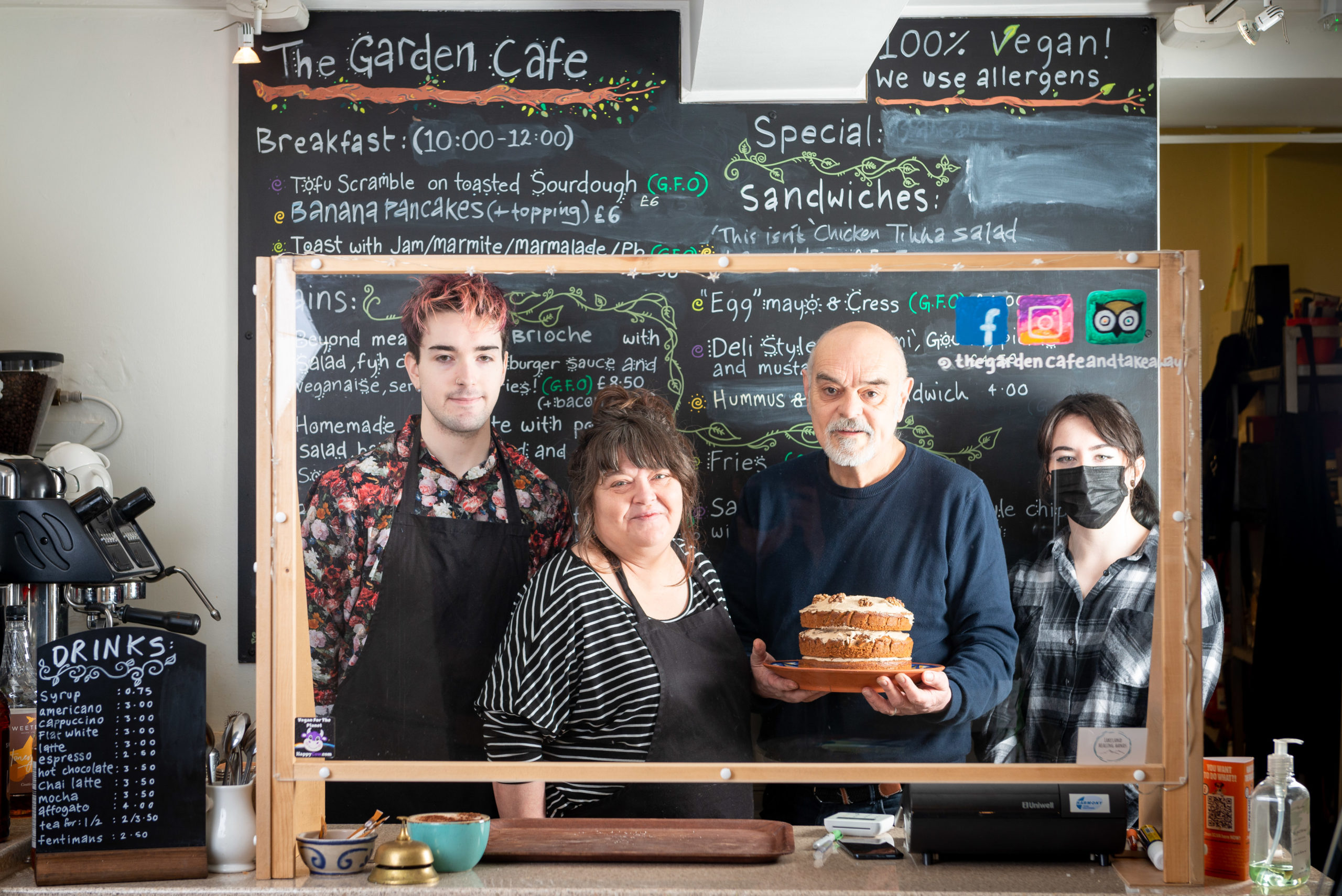