Running from 28 June to 24 August, Female Trouble brings female subjectivity to the forefront. The exhibition will be co-curated by Vanya Balogh and Rebecca Scott and will feature a selection of new paintings by Rebecca Scott alongside prints by Dame Paula Rego.

A major British artist, Paula Rego’s work is prominently featured in the exhibition All Too Human, currently on show at Tate Britain. Her prints often reveal complex stories about the sinister side of sexuality and draw counterpoints to Rebecca Scott’s paintings, which rework and playfully subvert public images of women from fashion magazines.

After a public launch event on the evening of 28 June, the exhibition will be open from 12 to 6pm, Thursday to Sunday.

Rebecca Scott said: “When the opportunity arose to exhibit my work alongside the prints of Paula Rego, I didn’t hesitate – I was intrigued to see how the dialogue between us, two female artists from different generations, would develop. Rego often portrays women in secretive or clandestine groups, or alone confronting their private agonies. I am interested to contrast these with my recent paintings that re-examine public images of women. Taking source images from glossy magazines and overwriting or ‘defacing’ these, my paintings aim to expose the hypocrisies of our so-called sexual freedom.”

Female Trouble will be followed by a second exhibition at Cross Lane Projects, which will open in October 2018 and will present new work by sculptor Frances Richardson, winner of the Mark Tanner Sculpture Award for 2017/18. 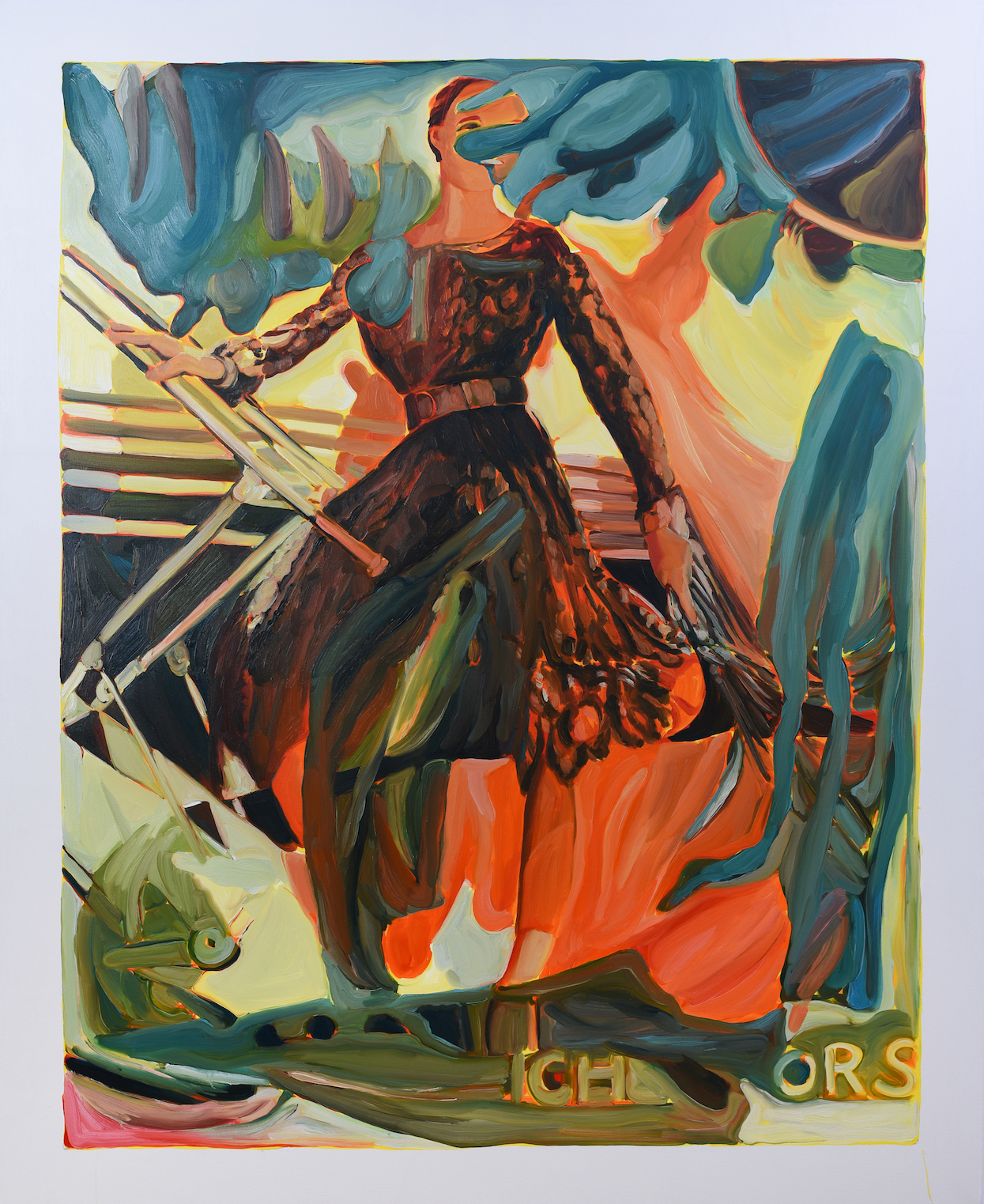 Days of Glamour by Rebecca Scott

Rebecca Scott, (born 1960, Cumbria), is a British painter whose recurring theme is the exploration of female desire and its representation in contemporary culture and the mainstream psyche. Scott studied at Chelsea School of Art and Goldsmiths College. 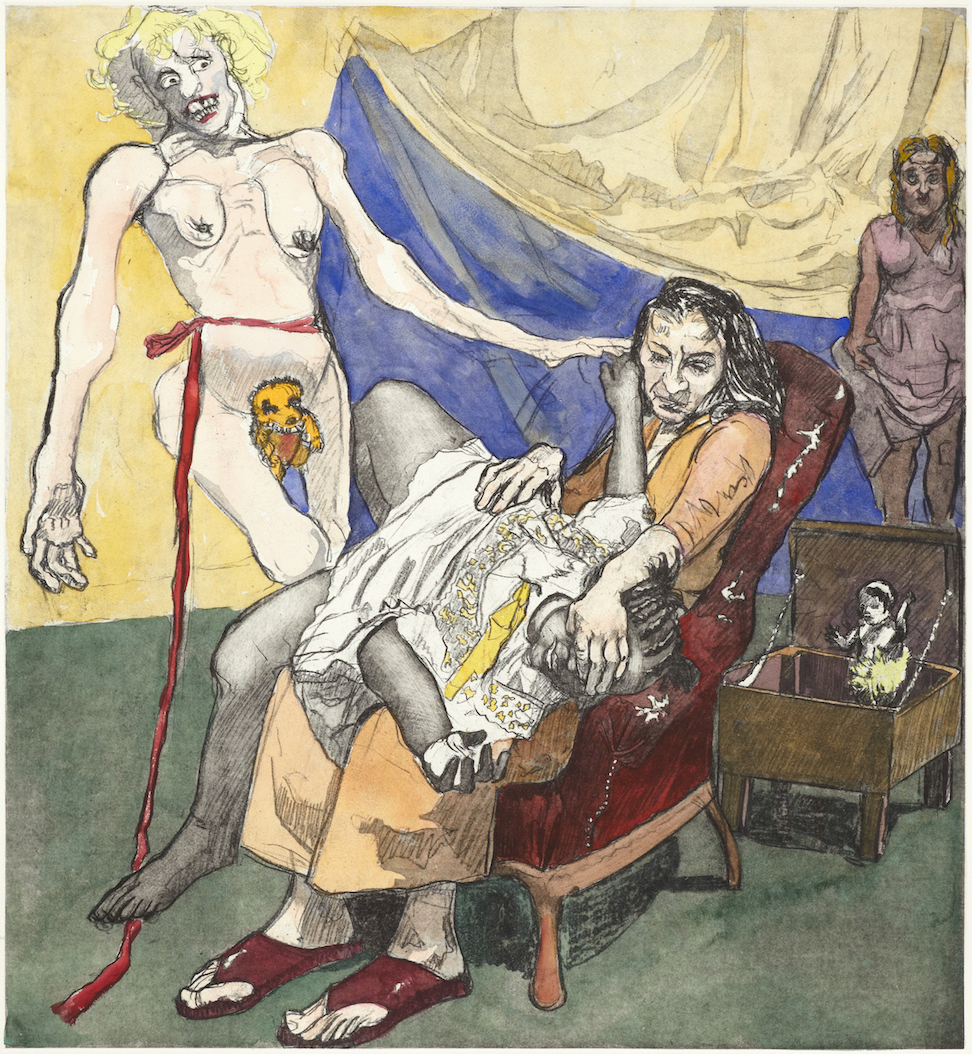 Dame Paula Rego, DBE (born 1935, Portugal), is a visual artist known for her paintings and prints reflecting feminism, coloured by folk-themes from her native Portugal. Rego studied at the Slade School of Fine Art and was the first artist-in-residence at the National Gallery in London.