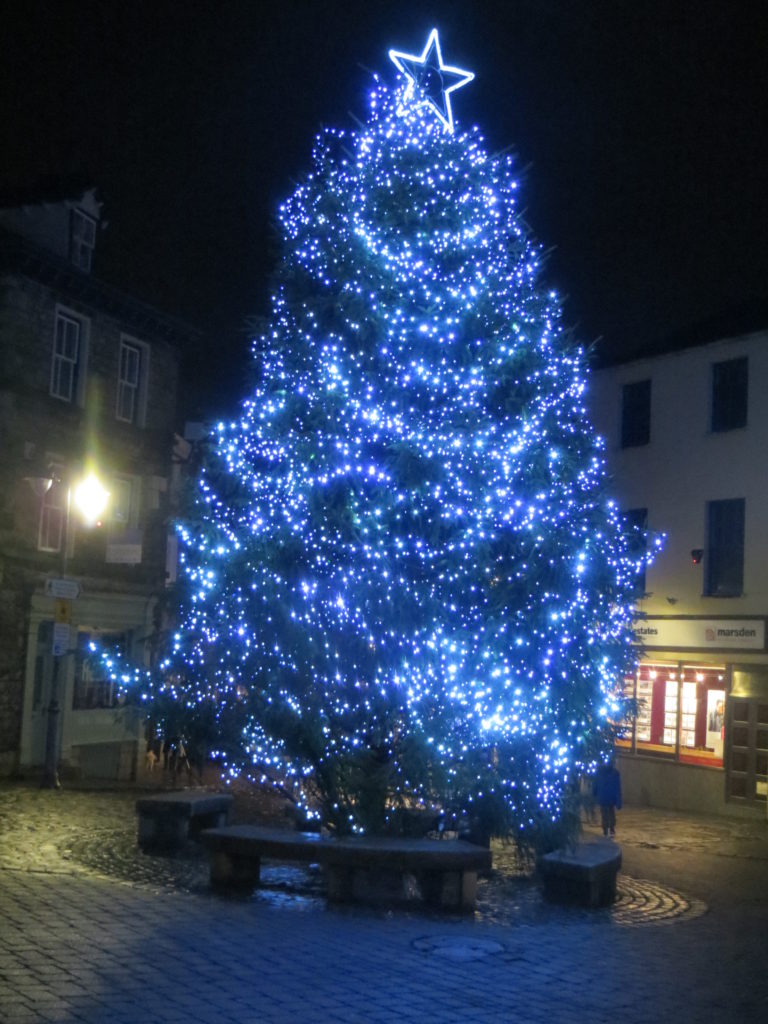 Following on from our announcement that Kendal Town Council will be unable to hold a dedicated Christmas lights switch-on event this year, we have been working hard to organise a small gathering to celebrate the switch-on.

We will be holding a switch on of the tree and lights in Market Place on Saturday 16th November involving the Mayor of Kendal, Town Crier and Father Christmas.

This will commence at 4.30pm with entertainment from Kendal Concert Band, Kendal Sea Cadets, Stagecoach and the Riversiders choir. The lights will be switched-on at 5.30pm.

Kendal and District Lions Club will be there with Santa’s Sleigh, offering children the chance to meet the man himself before the lights are switched on.

There will be mince pies and mulled wine served on a first come first served basis by donation to the Mayor’s Charity.