The Mayor’s Parlour distinguishes Kendal from most other Parish Councils in Cumbria. Situated within Kendal’s grand Town Hall, the Mayor’s Parlour provides an opportunity to learn about the history of Kendal and how it resonates through the town to this day.

The role of Mayor has been important here in Kendal since 1575 during the reign of Elizabeth I, though the role then went under the title of Alderman. It wasn’t until 1636 that the title of Mayor was first bestowed. Since then there have been 272 separate holders of the office up until the current Mayor – Cllr Guy Tirvengadum.

The most famous names which appear on the Kendal Mayoral roll of honour include, Bindloss ( for the first time in 1579 and the last in 1894), Sleddall, Birkett, Strickland, Hadwen, Miller, Mackereth, Braithwaite, Dobson, Maude, Bradshaw, Webster (Kendal’s most famous architect), Wakefield, Gilkes and Somervell (of K shoes).

Should you wish to arrange a visit (groups of up to 20 maximum) to the Mayor’s Parlour to hear about the history of Kendal, see the town’s regalia and works of art – please contact Kendal Town Council to make an appointment. There will be the opportunity to view and handle some of Kendal’s historic artefacts, including the Sovereign Sword, the town’s two Maces, Queen Katherine Parr’s Book of Devotions and the original Town Charters.

This BBC audio slide show provides a glimpse of what to expect.

To view any heritage items as part of academic research please contact Kendal Town Council to make an appointment. 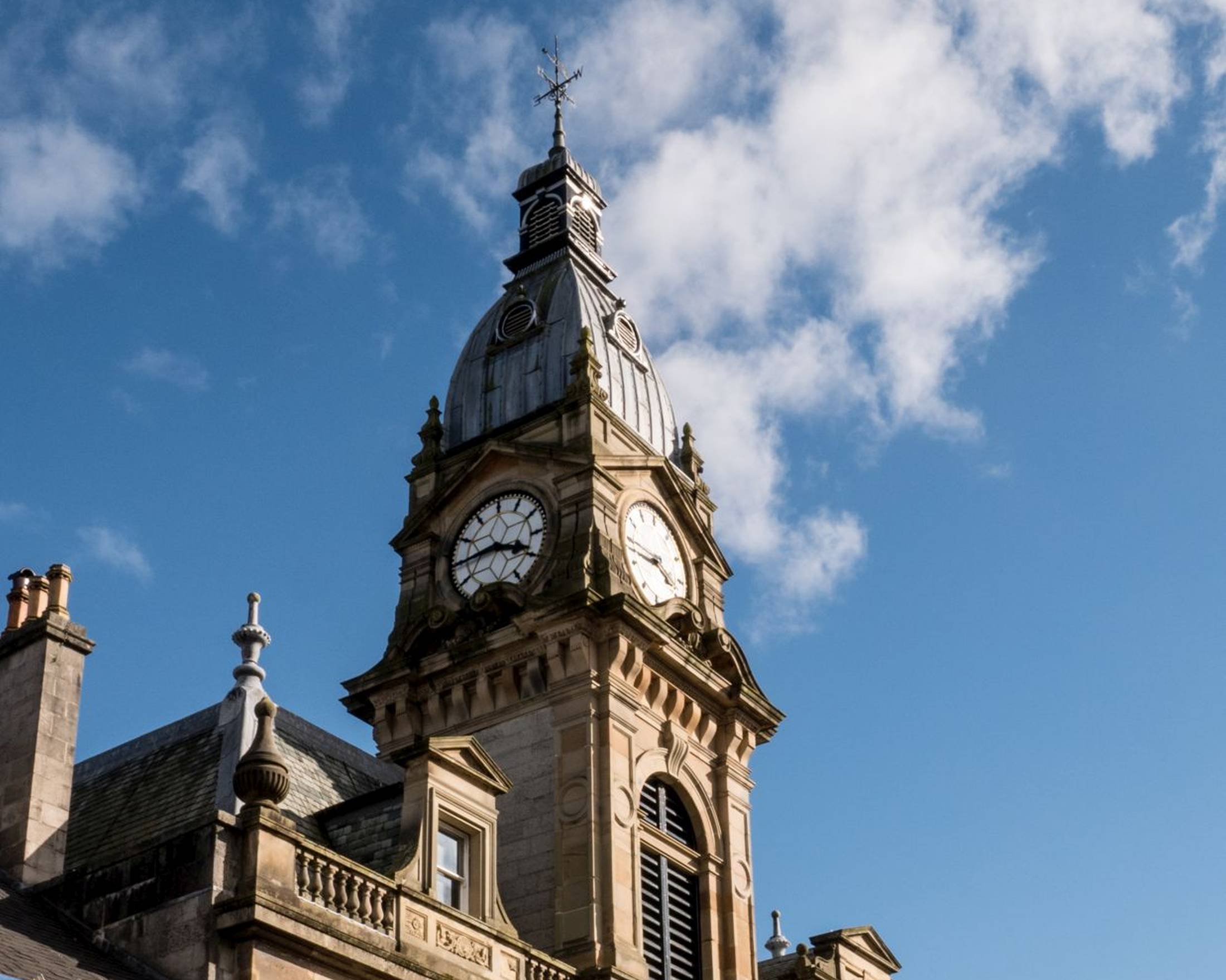