Founded by Cumbria-born artist Rebecca Scott and her husband, sculptor Mark Woods, less than a year ago, Cross Lane Projects is situated in a former Kendal Mint Cake factory. Having gained a reputation for bringing new contemporary art to Cumbria with a programme of exhibitions and events featuring the work of local, international and British artists, the latest exhibition set to arrive this is summer is Auto – Destruct.

The gallery is open: Wednesday – Saturday from 12 – 6pm

Auto – Destruct examines themes of our fascination and capacity to be seduced by world changing inventions and technologies that may or may not lead to improvements. Many of the works regard the automobile as the device that was seen as liberation, independence a revolution for mankind, that has in fact led to wars, contributed to climate change and is responsible for over 3000 deaths a day. The ubiquitous vehicle is not scrutinised for its monstrous reality and current car branding still sells a lifestyle as a symbol of wealth & glamour and independence.

Curated by Cedric Christie, Pascal Rousson & Stacie McCormick, Auto – Destruct is inspired by the work of Gustav Metzger (1926, Nuremberg – 2017, London). Metzger invented the term, Auto-destructive art, in the early 1960s to describe radical artworks made by himself and others, in which destruction was part of the process of creating the work.

Cross Lane Projects here in Kendal was recognised this year in the Cumbria Life Culture Awards, shortlisting as a ‘Finalist’ as Venue of the Year. 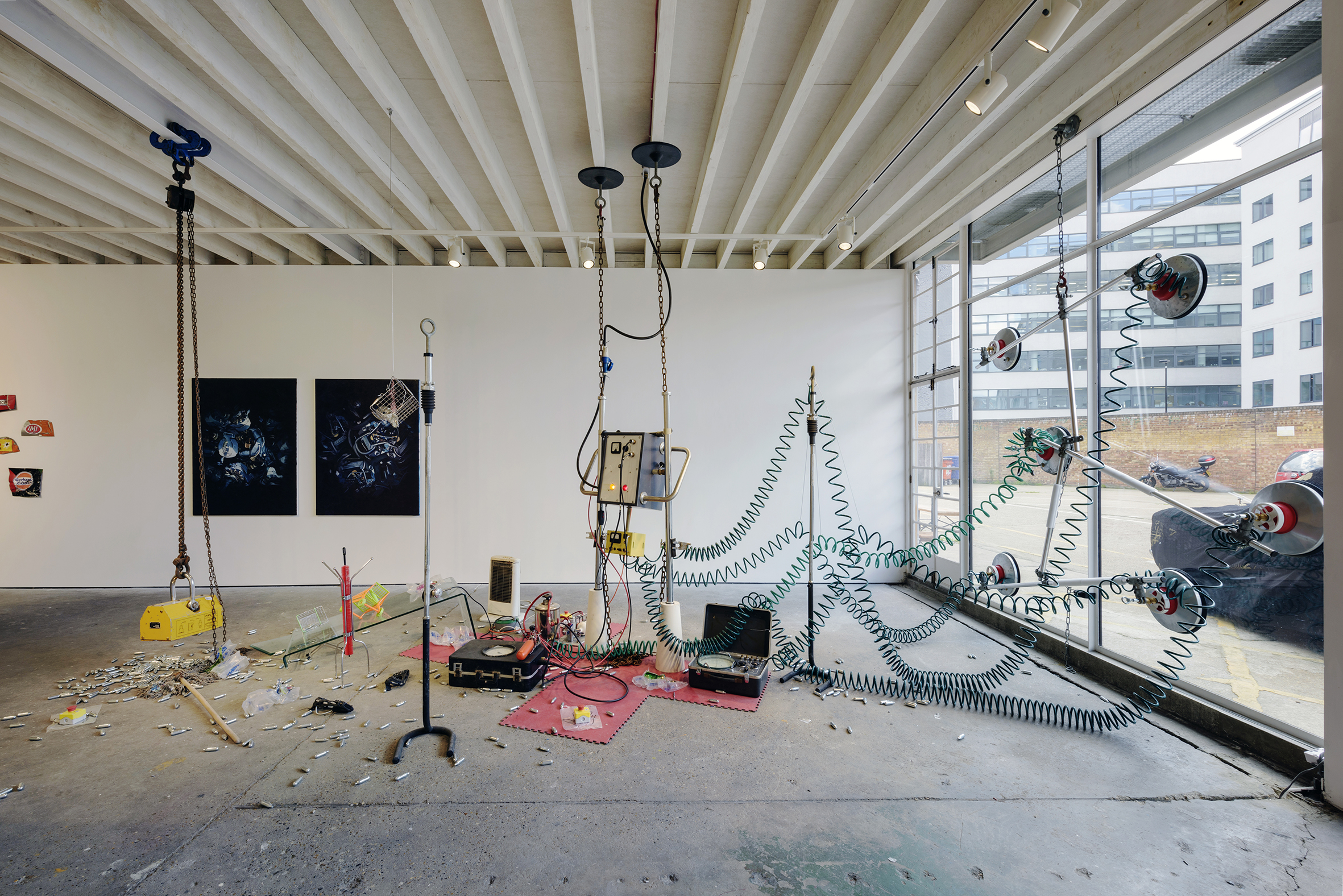