LGBT+: Within and Beyond

LGBT+: Within and Beyond

Lakeland Arts is embarking on a project to uncover the history of Cumbria’s LGBT community.

The stories of LGBT+ people are currently under-represented in Lakeland Arts’ collections.

Curators want that to change and an initial display opening in Kendal marks the start of a long-term project.

LGBT+: Within and Beyond runs from 12 October 2019 until 1 February 2020 at Museum of Lakeland Life & Industry, Kendal, Cumbria.

Dr Rachel Roberts, Curator, said: “Currently we only have a handful of LGBT+ stories and objects in our collections. We want to change this and tell stories that could otherwise be lost.

“This display is the start of a larger project which will explore a range of themes and currently under-represented voices under the collective title of Within and Beyond.”

This first display brings together loan objects from across Cumbria and farther afield including from Keswick Museum, Whitehaven and Carlisle Archives, People’s History Museum and London School of Economics.

Items on show in the first display include:

Dr Roberts added: “These are fragments of a much bigger story. We want to invite the local community to help us expand our collections and understanding of LGBT+ history and experiences.” 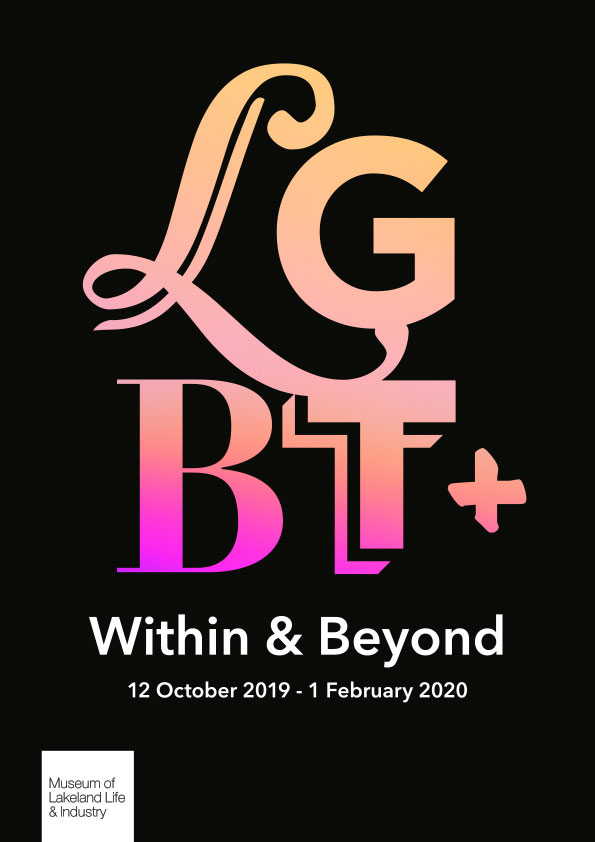